A downloadable game for Windows

A tribute VR game to Attack on Titan

I am sad to announce that this game will unfortunately no longer receive updates until indefinitely. I thank everyone who supported the project with a donation.

If you spawn under the floor, try to start "Attack on titans fan game.exe" file with right click, then "run as administrator".

Note: Apk not available for quest/quest2

If you want to know more about game, Join official Discord channel:

Put it on sidequesttttt pleaseeee

is there a binding for transforming to a titan? or is it automatic?

Is automatic, when healt goes below 20%

Have you read description? Quest is not supported

It only says it's not available as APK. I run it through my PC. Anything that works on Rift should work on Quest in link mode.

Input binding for quest are diffrent. You need to make it on steamvr options. Officially isnt supported.

bro chill? why u getting heated idiot 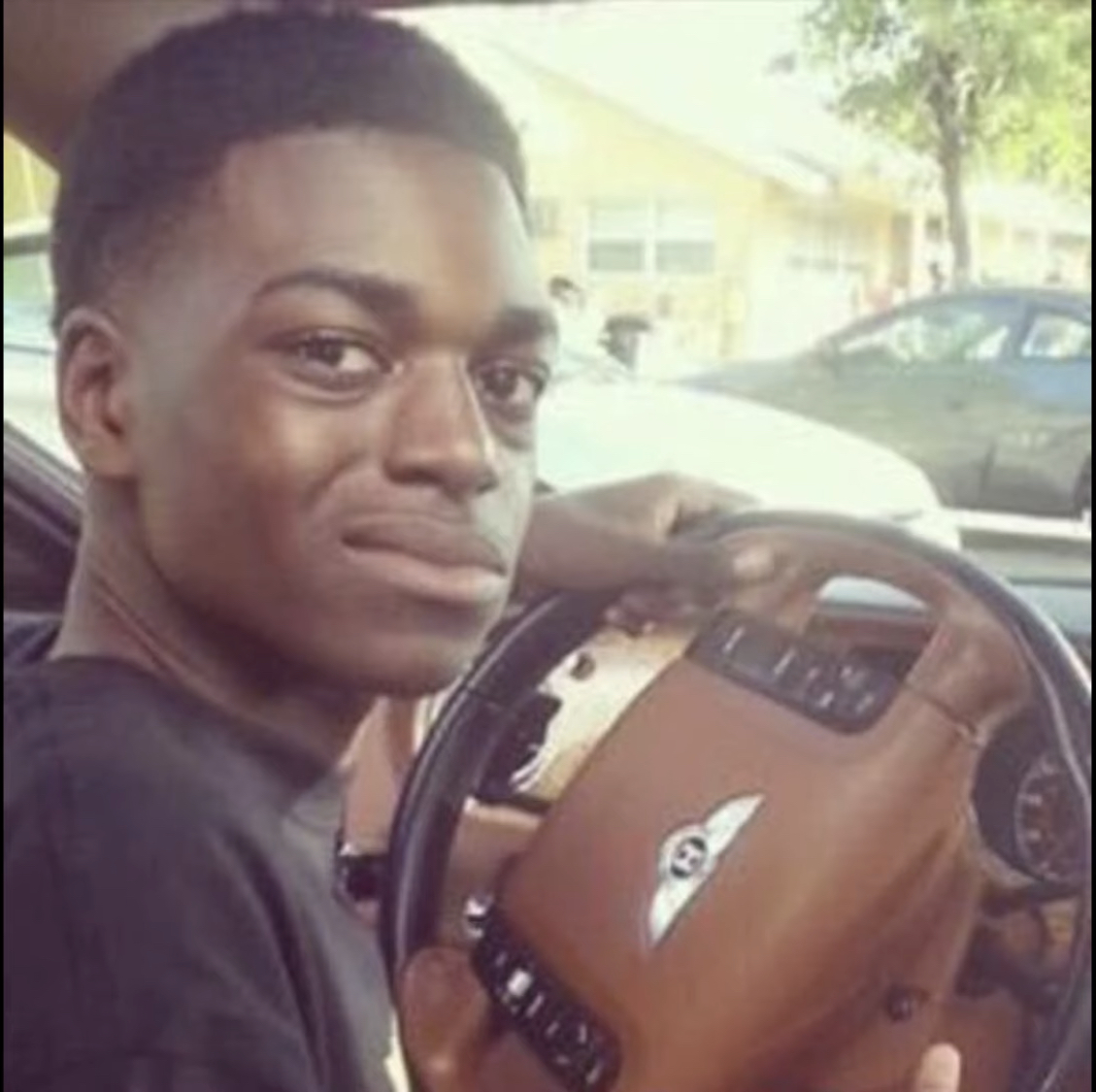 Are you even still working on this game?

read the game description but to save you time.... no

Does someone know how to make the game function? is the when I open it it just appears in the menu but the buttons of the mouse only helps for changing view.

how do i get up from the floor

I play on a Quest using a link cable and it seems like I am unable to run in the game or open menus, does anybody have any suggestions? Thank you!

When I start the game, and i'm in the lobby, I am under the floor... What should I do?

i am also stuck in the floor

How do i move pls help

Some user posted configuration files for index controllers on our discord page, check it out

I was really excited to get this for my Oculus Quest 2, then i noticed that i cant play it on that. i do enjoy attack on quest, but this looks like a MUCH more fun experience. I'm aware that you may be busy, but could you please work on a quest port? thank you! :)

Bruh i got so excited when i saw this like REALLY excited BUT! i found out it was a PCVR game and im only a teen so i dont exactly have the budget for a PC with the specs to run vr games, attack on quest is good and all but this looks stunning. FOR THE LOVE OF GOD hopefully one day this will come to quest - I BEG YOU

Yea it might, the reason i want it for quest so bad is because the attack on quest titans arent scary... AT ALL, the titans and graphics in this game look spot on

All I have to say is two words...Titan shifting and I made a GitHub and itch.io account for thid

Hello! This was a really fun experience, though I do have some small complaints and suggestions in case you intend to continue development:

- Aiming my anchors (ODM gear) was really difficult whenever I tried to go for the nape (when they sit down), and when I did get it to work, they would usually just auto-attach to the titan's back. That being said, I also think there should at least be an option to turn off that auto-attaching thing. I understand it's purpose, but when I hit the arms or even nape at any point, one anchor would just end up shooting down to the lower back/stomach or whatever. So maybe allow the anchors to hit anywhere on the titan and just stay there as you fly towards it? Idk, this was mainly an issue for the head though, because I would cut the leg and then stand there for a good minute trying to get the reticles to appear on the nape, and then as I said, one would just shoot down to the lower back.

- These two are simple; 1, my character would constantly walk away from the gas supplies before I was finished, and I had to fight against him as I stood there. 2, for me the music was either really loud, or really quiet, almost no in-between. Then when I turned into a titan, it would get WAY louder despite my setting.

- A lot of times I would fly towards a titan and go through them, all before they could attack, but then I'd check my health and see that a bit was lost, which was just slightly annoying seeing as there's not really a way to replenish it. It was also kinda disappointing that I went right through the titans instead of colliding with them, but that's whatever. Now for suggestions...

- To go back to that complaint a bit, I'd really like to see titans be able to grab you and you'd have to fight your way out like in the AoT console games. It would make the game way scarier and riskier, which in this case is a good thing lol.

- Another boost to the difficulty and risk that would be cool to see is blade durability, just like how you can run out of gas eventually. Maybe after enough hits against a titan, there would be a "shattering" sound and only the bottom of your blades would remain, at which point you can detach and replace them with the spare blades on you.

- Some small HUD details that would be nice are: a bar/gauge showing how much time you have left in titan form, just so you don't end up in a really bad spot, and having the gas and health constantly on screen instead of being attached to the character's body.

Oh and a minor suggestion: letting the player reach the top of the wall. You don't have to let them jump off the other side of course, I just like when these games let you stand on top of the wall and look down at everything. And that's it! I know it's a lot, and I wish I could send a donation to help you make these changes, but I think if you spent the time and effort towards these changes, eventually the game would be SO much better! Oh and for the Run mode, I don't think it needs any changes except for maybe other titans in the background, because that mode was pretty much perfect in my opinion lol. Anyway, I look forward to seeing this game's progression, and I hope you have a good day/night ^^

Love the game so far but my arms are like 10 cm longer than the in game guy and aiming my odm gear i also hard as shit (either that or I just suck). Also i couldn't really figure out what the grip,  b, a, y and x buttons do (I play on the cv1). Otherwise love the game and keep up the good work!

Can i play this without vr headset?

Hello I had fun but my game kept going blue on me in htc vive any suggestions?

can you play it without having a vr headset

no way you just asked this

but i am on laptop

did you figure it out?

Have you read game description? Apk is not available, you can play it only with a quest connected to a Pc via USB.

you need to use virtual desktop or the oculus link cable (or another cable that functions the same way) and open the game from there. your pc has to be able to handle the game tho so keep that in mind

what do you do when you got your price set

Game is free... price is no set, only donations. Anyway, I can't update game constantly, I don't have enough time to work on it (primary job takes me all the time)

Um, is the game abandoned? I cant find information past 55 days ago

Are there plans for a quest/ quest 2?

I hope I got the quest 2

um can i run this game using an xbox controller rather than a whole motion sensing set up?

hmm, I wonder why it's got VR ON IT

i was wondering whether i could play using  a controller rather than a motion sensor thingy. i didnt say i wasnt gonna play it using a vr headset 💀

when i get in the game i cant move or do anything and i fall into the ground can i get some help?

Hi, I'm using the oculus rift s and I can't move or click anything. Can anyone help me solve this problem?

but it have lots of promblems like the sward it is not in the hand corectly we dont have any pause menue and ........

Can i play this game with Valve index controllers??

I have a rift s and everything works fine but i can’t move my character with my sticks. Is this normal?

U have to change it in the game options

What are the recommended specs for this game 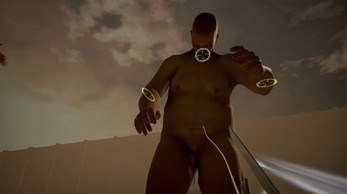 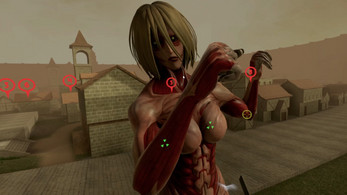 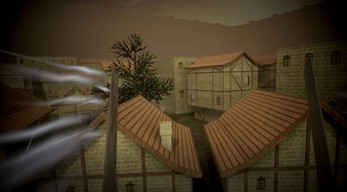 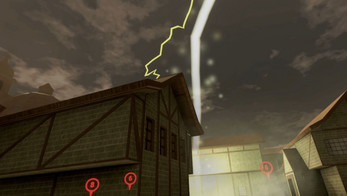 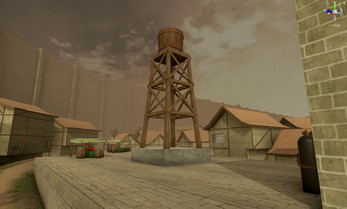 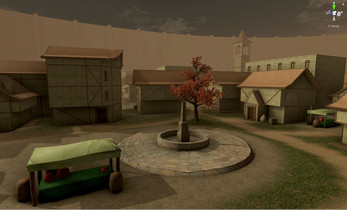 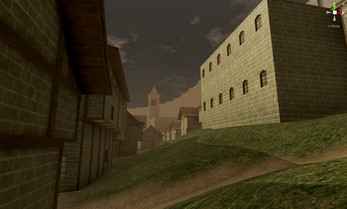